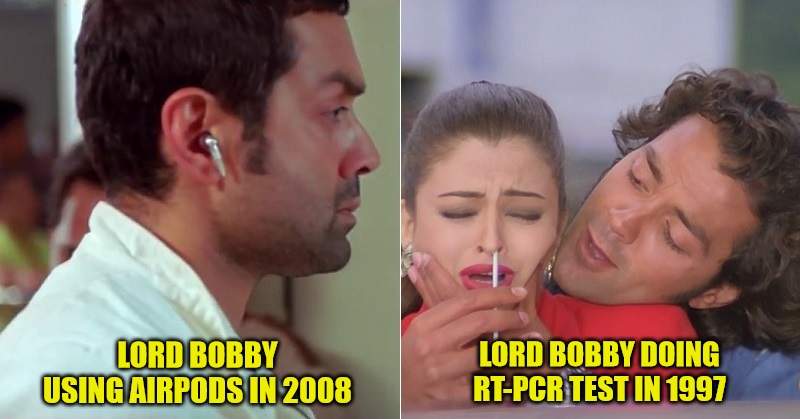 Bobby Deol is son of Bollywood star Dharmendra and his first wife Prakash Kaur. The actor is famous for his roles in Barsaat, Soldier, Gupt, Bichhoo etc. Bobby is quite popular among netizens and has a separate fanbase.

Recently, a video meme from Bobby Deol movie is making rounds on social media. People are relating the hilarious situation in the video with the current pandemic world is facing. The video portrays that Bobby Deol was way ahead of time.

Below we have compiled few such memes which proves that Bobby Deol is way ahead of the time is actually lord Bobby:

2. Using highly advance gadgets even before they were invented

3. The best cricket umpires of the world are trained by Lord Bobby

4. That’s why he is called Lord Bobby

Lord Bobby was aware of coronavirus in 1999 pic.twitter.com/eaop1NMf32

5. Even Hollywood copies him

6. He can even defeat a tiger

8. He has time machine

Lord Bobby just admitted he can see the future pic.twitter.com/dwj1tWK1uQ

10. An expert in cooking